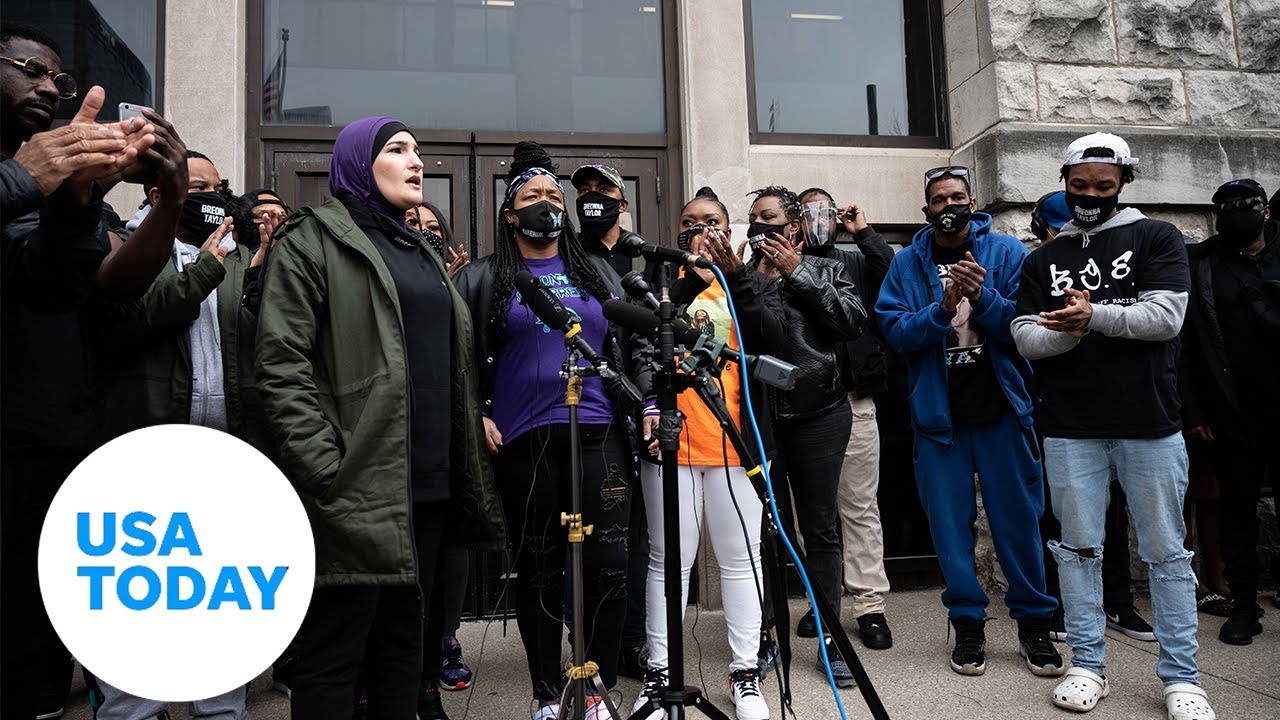 LOUISVILLE, Ky. — On March 13, 2020, Breonna Taylor was shot and killed in her home by police officers who broke down her door to serve a search warrant.

One year later, her death and her name continue to drive calls for change in relation to policing, systemic racism and a host of other issues impacting residents of Louisville, Kentucky, and countless other cities.

Events and rallies are scheduled this weekend in major U.S. cities — including New York, Washington and Atlanta — in honor of the 26-year-old Black woman.

In Louisville, hundreds gathered before 1 p.m. Saturday in Jefferson Square Park for the “Justice for Breonna Taylor” rally and march.

Taylor’s mother, Tamika Palmer, and other family members are leading the rally, and joining them are speakers and community organizers.

“This is about justice,” said Sadiqa Reynolds, CEO of Louisville Urban League. “This is about our power to change this world for our children, for my daughter. This is so we make sure that not another person dies at the hands of the police.”

Investigations:Black women like Breonna Taylor die every day at the hands of police. It’s time we said their names.

Later Saturday afternoon, the Breonna Taylor Foundation will sponsor a meal distribution program in the park, and a pop-up mall honoring Black businesses will commemorate Taylor.

The weekend events in honor of Taylor will conclude Sunday with “The People’s Empowerment Brunch,” which will feature numerous speakers.

“Today we remember Breonna Taylor, her tragic and unnecessary loss and the immense work we have ahead of us,” Beshear said. “I will never understand the unimaginable grief of Tamika Palmer and other family and loved ones, but I am committed to listening and working with others to build a more equitable and fair commonwealth for every Kentuckian.”

The FBI’s Louisville field office also put out a statement Saturday morning, saying it is “actively investigating all aspects of her death and will continue to work diligently until this investigation is completed.”

Jefferson Square Park, which saw a series of protests last summer following the deaths of George Floyd and Breonna Taylor, will likely get a marker installed this spring, according to a news release from Mayor Greg Fischer’s office.

The front of the marker will mention the “2020 Racial Justice Protests” and include the following message:

Vincent James, the city’s chief of Community Building, said the marker “will be a permanent reminder of the challenges we face, as a city and a nation, and the work we’re doing to move our city from tragedy to transformation.”

Next week, the city said it will also “work with the families to remove and store memorial items left in the park.”