The 2020 NBA draft is finally here after being delayed five months from its original June date because of the coronavirus pandemic.

The Minnesota Timberwolves held the No. 1 pick in the virtual draft. After a long offseason to ponder their choice, they selected Georgia guard Anthony Edwards.

Memphis big man James Wiseman went No. 2 to the Golden State Warriors, followed by polarizing prospect LaMelo Ball at No. 3 to the Charlotte Hornets. NBA team evaluators will have plenty of last-minute decisions to make tonight – just two days before NBA free agency begins. Here’s a full run-down below.

The Timberwolves went the safe route in selecting Edwards, an explosive scorer with two-way ability. The 6-foot-4, do-everything guard can mesh well with Minnesota All-Stars Karl-Anthony Towns and D’Angelo Russell. The team didn’t need a franchise-changing star, and Edwards will have time to come into his own.

The 7-footer can be a 20-and-10 big man. He’ll be an ideal fit on a guard-savvy Warriors roster looking to rebound in 2020-21. Wiseman provided just a small sample of his ability in a short college career, as he left Memphis early in the season halfway through an NCAA suspension. But there’s All-Star potential right away.

The 6-7 point guard brings star power to Michael Jordan’s franchise. He’s one of the most intriguing players in recent draft memory based on his upside and polarizing background. Ball played only 12 games in Australia’s National Basketball League, but it was enough to entice NBA scouts and rewrite the narrative his father had poorly written. He has a quick-trigger jumper that still needs accuracy, but his floor vision and court savvy make him elite.

The biggest surprise of the draft by far. New coach Billy Donovan will get a late-bloomer in Williams, who didn’t start one game and didn’t average double figures for the Seminoles as a freshman. Yet the potential and key attributes are there as a 6-8 forward. Williams is quick, explosive, strong, and athletic. Developing a 3-point shot to complement his midrange game would be a big boost. He’ll make an immediate impact in Chicago.

The 6-6 wing is one of the best defensive players in the draft. He can get downhill and score through contact, sporting athleticism and a wingspan that could make him an X-Factor for the Cavs. His offense needs work, but he’d have time to develop in Cleveland.

Okongwu shows flashes of Bam Adebayo and at 6-9 could be the steal of this draft as a dynamic big. He averaged 16.2 points and 8.6 rebounds for the Trojans in 2019-20, showing prowess on the glass and low block. His production and rim protection will help an Atlanta team that struggled on defense last year.

Hayes, an American-born lefty, is a dynamic playmaker from France who evolved during his pro season in the top league in Germany in 2019-20. His jump shot is questionable, but Detroit can hand him the keys as the point guard of the future. His long-term upside as a 6-5 crafty guard is huge. 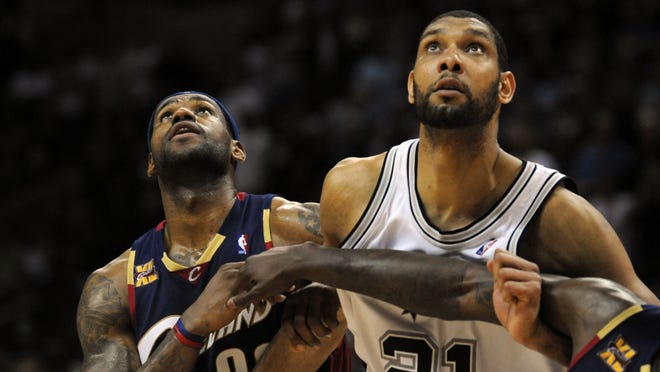